Want to save 15% on all your orders of Adaptogen Greens?

Most subscription programs have hidden terms and tricky pricing.

Not this one. Here's why:

To modify or cancel subscriptions, visit the My Account page or shoot us an email.

You can also request to delay a subscription order until a certain date.

Above the "Add to Cart" button, click the bubble next to "Subscribe & Save" then select your desired frequency (supplements are typically delivered every 1, 2, or 3 months).

We'll take care of the rest.

Did you know that you can use coupon codes on your first subscription order?

That means you'll save 15% plus the amount of your discount coupon code on your first order.

And, on all future subscription deliveries, you'll still save 15%.

(This is the one time that double-dipping is OK...)

Take 2 capsules daily, with or without food, or as directed by a healthcare professional.

If you are sensitive to caffeine or other stimulating herbs, take 1 capsule as a first dosage to assess your tolerance. 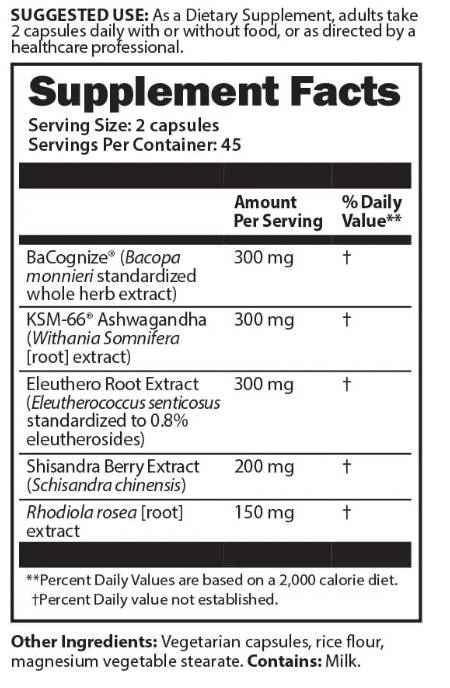 Q: Who is Adaptogen Greens designed for?


Adaptogen Greens is a natural, caffeine-free option for anyone looking to boost energy and cognitive performance without artificial stimulants.

Q: What are adaptogens?


Adaptogens are a unique group of herbs that have been used for thousands of years to improve energy, support the adrenal system, and manage your body's hormonal response to stress. Specifically, adaptogens are useful for enhancing the body's ability to cope with anxiety, fatigue, and stressors.

Q: Why does the label read "contains milk"?


Adaptogen Greens contains the award-winning, patented ashwagandha extract, KSM-66. Considered by many to be at the apex of adaptogens in terms of quality and function, this form of ashwagandha is processed using traditional Ayurvedic methods which use a small amount of milk during the harvesting process. 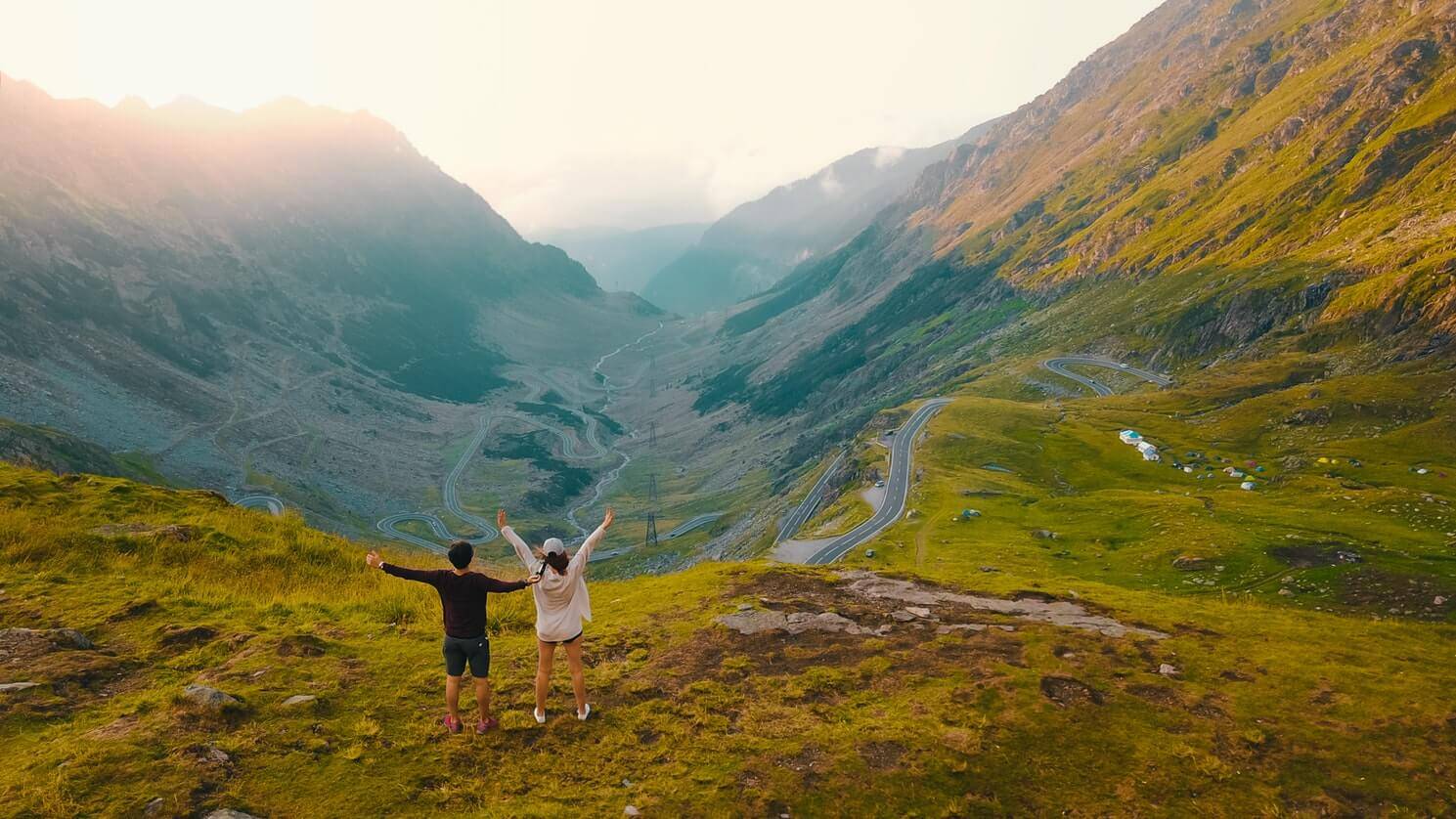 Beat fatigue and boost cognitive performance with the power of adaptogens.

Unlike most greens supplements which contain a sprinkle of dozens of different nutrients — Adaptogen Greens blends 5 of the most powerful plant extracts from the adaptogen family in clinically-supported dosages.

Adaptogens are a unique group of herbs that have been used for thousands of years to improve energy, support the adrenal system, and manage your body's hormonal response to stress. Specifically, adaptogens are useful for enhancing the body's ability to cope with anxiety, fatigue, and stressors.

Although dozens of herbs are referred to as adaptogens, there are only about nine well-documented adaptogens, including: Asian Ginseng, American Ginseng, Ashwagandha, Eleuthero, Shisandra, Rhodiola, Shilajit, Rhaponticum, and Cordyceps.

There are many other adaptogen-like herbs classified by experts as "probable adaptogens." This list includes Bacopa, Holy Basil, and Reishi. Though all of these are well-documented for positive health effects, herbs in this category don't have the level of research as the others to clearly identify them as adaptogens.

What are the benefits of supplementing with adaptogens?

This is the same function that adaptogens have in the human body. They help bring our body and minds into balance — adjusting energy hormones, stress hormones, and even neurotransmitters up or down based on what we need.

They are rightly named adaptogens because they exhibit a "normalizing effect" on the body, helping to correct physiological (body) imbalances.

Unlike stimulants or depressants, Adaptogen Greens doesn’t knock your body out of balance.

It brings you into balance. And that is the state where you can unlock untapped energy stores, think clearly, and perform at your best. 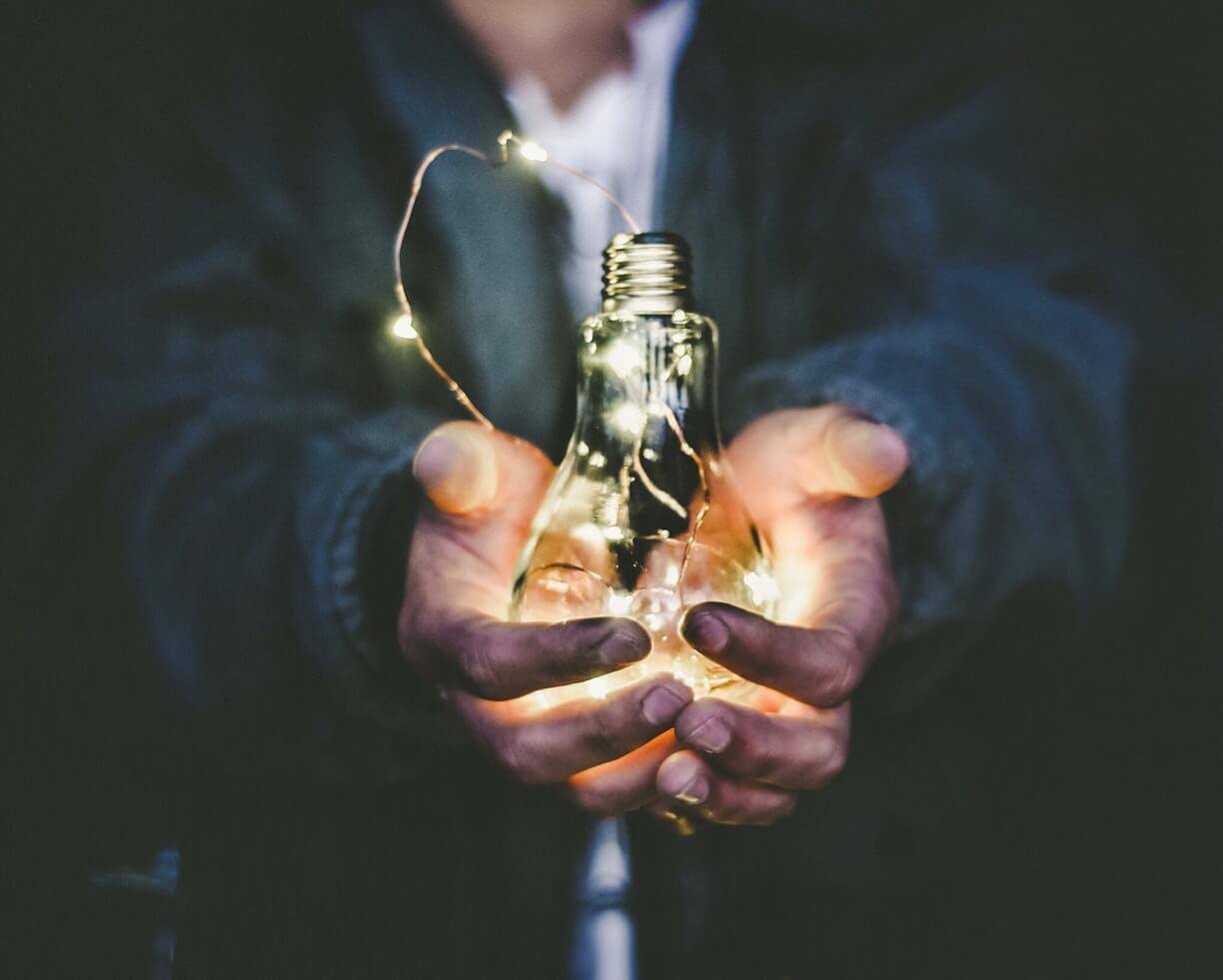 Learn more below about how the five research-backed, natural ingredients in Adaptogen Greens can help you beat fatigue, improve cognitive performance, and support a positive mood.

Bacognize® is a trademarked, standardized extract from the Bacopa monnieri plant.

Bacopa has long been used to support stress-free mental energy and focus. But Bacognize® takes the science of nootropic energy and mood a step further.

Researchers isolated five key active compounds (called glycosides) that bind to specific serotonin receptors, using these as the base of the ingredient formula.

The initial idea was to create a natural way to bolster cognitive performance without causing undue stress on the body or dysregulating mood hormones (as many stimulants do, evident in the "crash" you feel afterward).

The additional R&D paid off.

Bacognize® also has a neuroprotective effect by supporting neurotransmitter (serotonin) binding activity and antioxidant capacity.* Basically, it helps you feel energized, calm, and focused all at the same time.

Eleuthero (also known as Siberian Ginseng) is regarded as a "nootropic" — but has traditionally been used to improve subjective well-being and restore energy levels.

In studies, Eleuthero demonstrates marked positive effects on mood, stress hormone management, and work capacity. One study published in Planta Medica demonstrated a 23.3% increase in total work (physical output) in study participants who consumed Eleuthero, compared to only a 7.5% increase in the placebo group.

Researchers partially attributed this finding to the improvement of the subjects oxygen metabolism (increased oxygen uptake).

Though Eleuthero is used as a catch-all health tonic, it's most notable effects are:

Studies of Eleuthero measuring physical capacity have historically used dosages of 150-300 mg daily. Dosages of 800 to 1500 mg have been deemed safe, but only in short term (~4-12 weeks) time ranges.

We included 300 mg of Eleuthero in each serving of Adaptogen Greens to support physical and cognitive stamina.*

Ashwagandha (Withania somnifera) is at the apex of the traditional Hindu system of medicine, Ayurveda.

It's regarded as the most powerful plant extract for stress relief, natural energy balance, and improving overall health and vigor.*

Adaptogen Greens uses a patented form of Ashwagandha called KSM-66® — commonly referred to as the "World's Best Ashwagandha." This patented form has received multiple awards, including the Herbal Industry Leader Award by the Society of Ethnopharmacology.

KSM-66® is tightly regulated with oversight from the time the herbs and planted, to harvesting of the roots, and final deliver to the United States.

With almost too many benefits to list, it's not hard to see why this plant is revered as the most powerful adaptogen on Earth.

Rhodiola, known as the "Arctic Root" for its ability to flourish in high-altitude, mountainous regions of Eastern Asia, is primarily used to improve energy, stamina, and mental capacity. This adaptogen also has demonstrated positive effects on the stress hormone, Cortisol, helping to lower levels and reduce negative side effects associated with stress.*

Although dosages as low as 50 mg daily have demonstrated preventive effects against fatigue, most studies measuring cognitive performance and stamina use dosages of 150-400 mg.

We included 150 mg of Rhodiola in each serving of Adaptogen Greens, a dosage on the lower end of the clinically effective spectrum — ideal for fighting fatigue and boosting performance without being overstimulating.

Shisandra berries are the ultimate super-berry. Although they have been used in Traditional Chinese Medicine for thousands of years, they're still relatively unknown the western world compared to their adaptogen counterparts (ashwagandha and rhodiola). But shisandra isn't your typical berry superfood. Unlike goji berries or acai fruit, shisandra berries are not common in foods and recipes.

Due to the fact that it is not as well-known as other adaptogens, shisandra has fewer clinical studies than ashwagandha, rhodiola, or eleuthero.

Two more commonly cited studies showed that 500 mg of shisandra positively impacted exercise performance and cognitive performance. Interestingly (because all are present in Adaptogen Greens), one study that used less than 300 mg of shisandra in combination with eleuthero and rhodiola demonstrated: 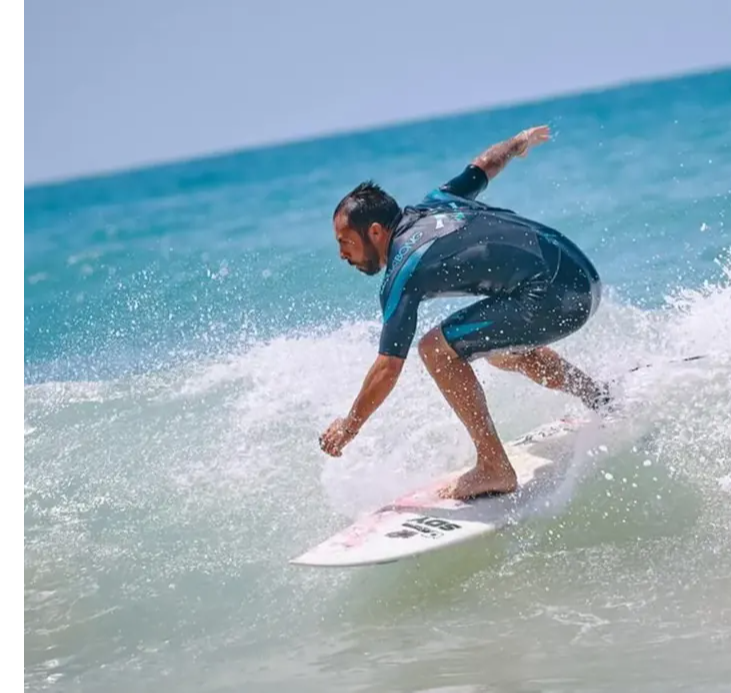 Adaptogen Greens provides that smooth, sustained energy and focus you've been looking for.

No jitters, no crash.

And we want you to try it. Risk-free. 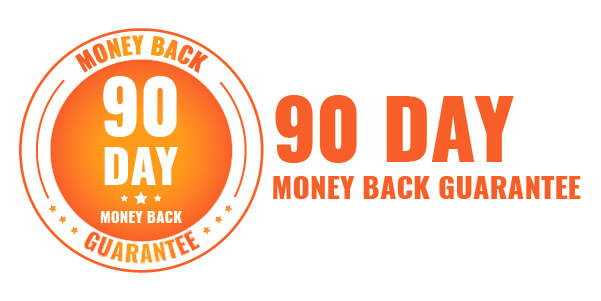 Adaptogen Greens is backed by our 90 Day Love It or Free Guarantee.

If it doesn't work for you, just let us know anytime within 90 days of your order and we’ll refund your order. We’ll even pay for return shipping. See full return policy here.

How can we afford to do this?

The vast majority of our customers experience results and end up buying from us again. Even with this generous policy, our refund rate is still far below the industry average.

This demonstrates our belief in Adaptogen Greens and our commitment to your satisfaction.

Are you ready to experience your natural energy levels?

If you find yourself simultaneously exhausted AND wired.. Adaptogen Greens can help.

The path to more energy isn't caffeine and energy pills. And the path to reduced stress, and a relaxed, focused mind isn't sedatives (whether prescription, OTC, or herbal).

The answer to both problems is the same.

You need to bring your body back to balance.

So please—do yourself a favor and try Adaptogen Greens. You literally have nothing to lose.

If you don't love it, contact us for a full refund of your purchase price.

Don't forget to take advantage of our discounts below.

You can save 10-20% plus FREE shipping when you use the discount codes below.

Choose an option below, and get your discounted supply of Adaptogen Greens today. 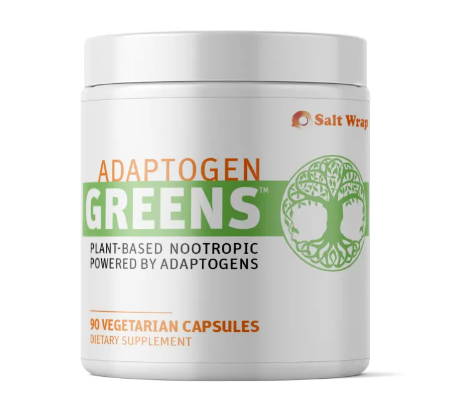